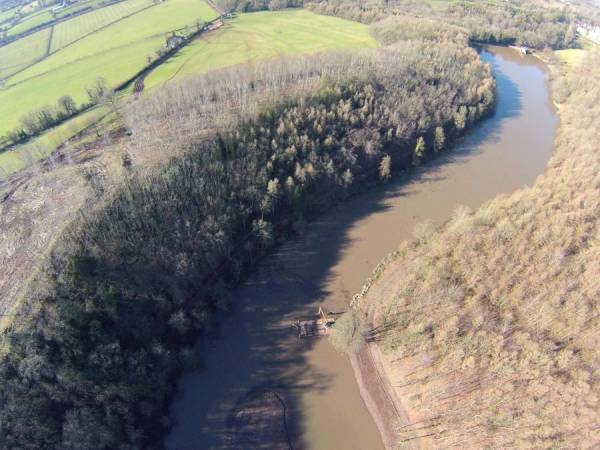 The valley was dammed to the north of Tortworth Court to produce the lake and the slopes around the lake were planted with trees over 150 years ago. Used during World War II in the winter of 1943/44 as a test site for amphibious vehicles to be used in the 'D' day invasions, this involved restoration of an important heritage asset. Removal of silt and the re-profiling of the watercourses and lake island ensured that the lake remained in good order. Desilting was undertaken of the upper end of Tortworth Lake and a silt curtain installed to protect fish stock, while a geotextile Nico span barrier was installed to extend the island and contain silt.