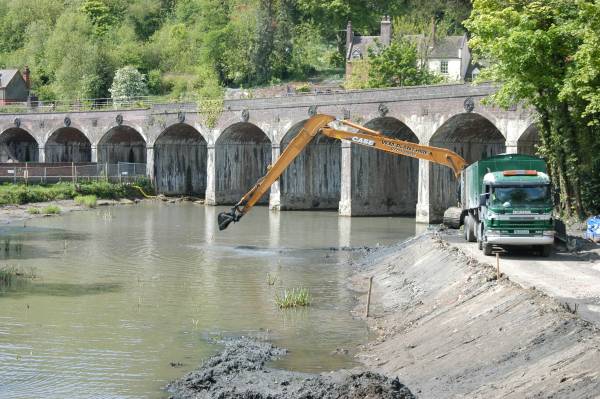 WM Longreach was involved during all three phases of the watercourse improvements being carried out for Telford & Wrekin Borough Council. Employed by Mowlem, our expertise and long reach plant were used to complete the vegetation clearance and lake de-silting works of these historic furnace pools and associated watercourses. Originally used as the water feeds for the blast furnaces for the Coalbrookdale and Ironbridge industries, this lottery funded project involved extensive restoration in a sensitive location.

The success can be attributed to the team working of all parties and the discussions with the Environment Agency and English Nature. This project was runner up in the ICE Midlands awards in 2007.